my impressions of the concert of ludovico einaudi

I will come to you to give you my impressions of the concert of Ludovico Einaudi concert The january 30th, 2016.

Firstly, I’ve never been to a concert in this room is huge, very modern with balconies on three levels. The acoustics and sound effects are impressive,

Ludovico Einaudi arrived on stage with his 5 musicians, Frederico Mecozzi, a violinist who also played guitar and keyboard, Redi Hasa a cellist, Francesco Arcuri, a guitarist who also played drums and waterphone (a very original instrument where we soaked a kind of plate in water while typing on it and it gives a vibration like a distorted sound expressing some fear or mystery), Alberto Fabris who played bass, synthesizer for ambient effects and finally Riccardo Laganà who played the vibraphone and various percussion sounds and original emitting vibrations to mark a very special world.

The only thing that surprised me was the fact that Ludovico Einaudi was back to the audience, so we couldn’t see him playing on the keyboard.

I was dazzled and amazed by his performances first of his latest album « Elements », his piano playing was simple and elegant accompanied by violin, cello, guitar which really gave an impression of grandeur. Then after a few songs, he made a solo piano medley of his old albums as Nuvole Bianche, Divenire, Una Mattina and others. Then he played « Experience » a very beautiful and playful piece accompanied by the violinist. These songs were often very mild initially and then they were increasingly strong and full of vigor without forgetting that there were lots of lighting effects.
I had a lot of chills, indeed the whole room (2400 people) stood to applaud strongly, he returned to the stage to play the last two piano songs.

The violinist and cellist were really touched me also, they are very talented. They jouaint with impressive speed.

I thoroughly enjoyed his musical style both his music varied between both soft and elegant but also some rhythmical and that lead us very far in sound power worthy of great film music which we filled with emotions.
His last two albums have very different world compared to its older albums marked by a very sweet atmosphere, cozy, sometimes dark and melancholic combining the sounds of nature to arrive at a final while size, strong, fast and powerful. What give us many thrills and take us to faraway places.

In conclusion, I was very excited for this concert, my thoughts are still overgrown with graceful melodies and fresh but also by its grandiose sound and mounted spectaclaires.

I hope my impressions helped make you imagine a little concert and they can give you the urge to go see him in concert one day. It is for me a great composer who inspired me a lot and I thank him for sharing his musical world that stands out. 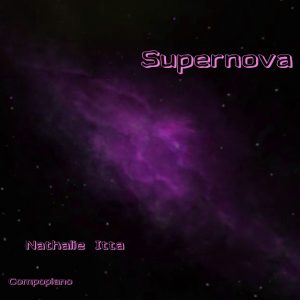